Hendrick Automotive Group and East Bay MINI are committed to protecting the safety and health of our customers and team members. Learn more on how we’re navigating COVID-19 in our community.An Important Message from Hendrick

MINI vehicles are known for their unique style, which is why many Oakland drivers wonder who manufactures MINI Cooper. While many people think that MINI is a British company, you may be surprised who owns MINI Cooper. The brand is actually owned by German automaker, BMW. So, is MINI Cooper a BMW? No, MINI is its own separate brand. Let’s take a closer look at how this partnership came to be.

Is MINI Cooper Made by BMW?

You may have wondered, “does BMW make MINI Cooper?” After all, you have probably seen a MINI vehicle with the flag of the United Kingdom. MINI was once a British automaker. MINI did not originate as its own brand. It was actually a model name. The designation was used for the Austin Mini and Morris Mini. These vehicles were quite similar and were sold under different brands of the British automaker, Leyland.

The MINI brand began in 1969 and continued its production with the Rover Group, formerly BL, until 2000. BMW purchased MINI in 1996 and spent the time in between developing the next-generation model. This vehicle was introduced to the public in 2001.

Where is the MINI lineup manufactured? Even though the brand is owned by a German automaker, its largest plant is still in England. However, a majority of its vehicles are produced at a contract plant in the Netherlands.Under BMW, MINI Cooper vehicles have undergone quite a transformation. In addition to its iconic two-door hatchback, there are now several variants including a convertible and five-door model. The MINI lineup consists of:

There is also a plug-in hybrid option and several special editions available. 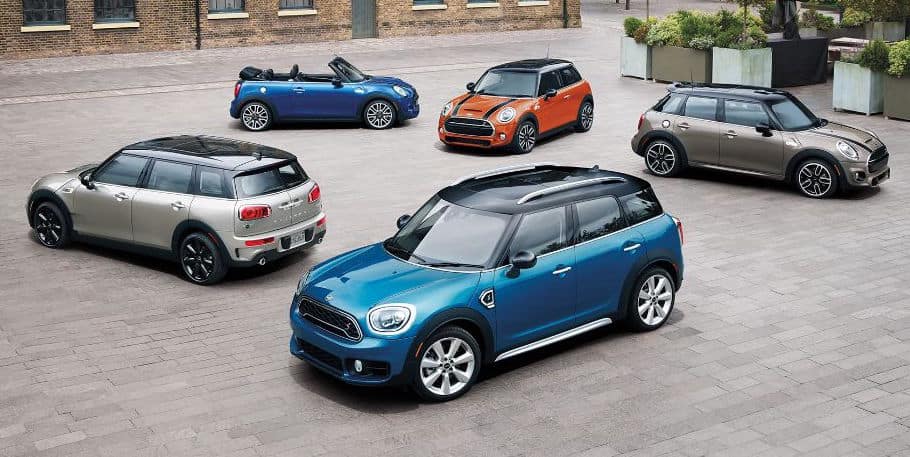 Now that you know a little history of the MINI brand, stop by East Bay MINI today to see the lineup in person. There are several reasons why a MINI vehicle should be at the top of your list, and you can easily explore MINI price points and safety features online. Contact us today if you have any questions.

While great effort is made to ensure the accuracy of the information on this site, errors do occur so please verify information with a customer service rep. This is easily done by calling us at 844-684-9295 or by visiting us at the dealership. $85.00 Dealer Administrative Charge is not included in advertised price.

**With approved credit. Terms may vary. Monthly payments are only estimates derived from the vehicle price with a 72 month term, 5.9% interest and 10% downpayment.