Hendrick Automotive Group and East Bay MINI are committed to protecting the safety and health of our customers and team members. Learn more on how we’re navigating COVID-19 in our community.An Important Message from Hendrick

Now, that was just the concept car–and we’re all familiar with how tame production cars can look in comparison. But, we’ll know more when an all-new MINI John Cooper Works GP Hardtop arrives sometime in 2020.

What is the John Cooper Works GP?

The MINI John Cooper Works GP (Gran Prix) style isn’t necessarily new; we saw GP trims in 2006 and 2012, but they didn’t bring a lot to the table for the daily drivers (though they were plenty of fun to throw around) and there were only a few hundred of each produced.

We’re hoping to get more out of the upcoming 2020 MINI John Cooper Works GP Hardtop.

The new concept is a “widebody racer”, detailed with over-the-top styling that’s straight off of the dream board. It’s the sportiest part of MINI’s soul, out in the world in physical form.

The John Cooper Works GP is guaranteed to be one of the most powerful and agile sport-tuned models in the lineup–and, hopefully, it’ll be more widely available than other GP models in the past.

Can You Pre-Order the New John Cooper Works GP Car?

That’s about all of the information that we have on the 2020 MINI John Cooper Works GP Hardtop, but we’re anxiously awaiting more news as it comes out. Pre-ordering is not currently available, but we’ll update MINI fans in Pleasanton as soon as it is.

Check back with our blog soon for more details.

While great effort is made to ensure the accuracy of the information on this site, errors do occur so please verify information with a customer service rep. This is easily done by calling us at 844-684-9295 or by visiting us at the dealership. $85.00 Dealer Administrative Charge is not included in advertised price.

**With approved credit. Terms may vary. Monthly payments are only estimates derived from the vehicle price with a 72 month term, 5.9% interest and 10% downpayment. 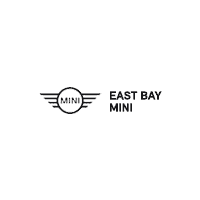